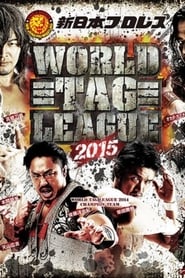 The World Tag League is a professional wrestling round-robin tag team tournament held by New Japan Pro Wrestling as a spin-off of the popular singles tournament, the G1 Climax. It was created in 1991 as the Super Grade Tag League, as a continuation of a regular tag team tournament held since 1980, gaining the name G1 Tag League in 1999. In 2012, New Japan's new owners, the Bushiroad company, renamed the tournament to its current form. The winners of the tournament, assuming they do not already hold the belts, obtain #1 contendership to the IWGP Tag Team Championship. The World Tag League is held under a points system, with 2 points for a win, 1 for a draw and 0 for a loss. The current format, introduced in 2006, is essentially identical to that of the G1 Climax, with the top two scoring teams from two blocks of five or six advancing to the semifinals, and the winners of those matches battling in the final.