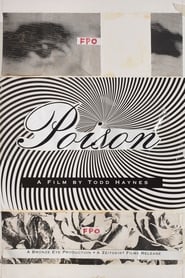 Three intercut stories about outsiders, sex and violence. In "Hero," Richie, at age 7, kills his father and flies away. After the event, a documentary in cheesy lurid colors asks what Richie was like and what led up to the shooting. In the black and white "Horror," a scientist isolates the elixir of human sexuality, drinks it, and becomes a festering, contagious murderer; a female colleague who loves him tries to help, to her peril. In "Homo," a prisoner in Fontenal prison is drawn to an inmate whom he knew some years before, at Baton juvenile institute, and whose humiliations he witnessed. This story is told in dim light, except for the bright flashbacks.